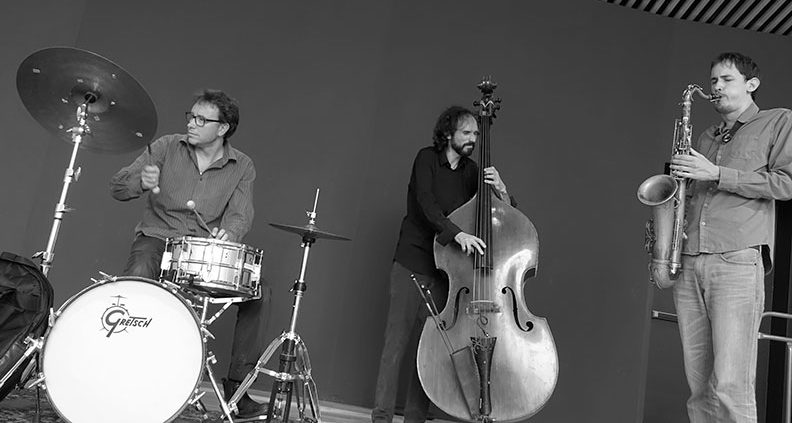 “This album is an instant classic, a case study of the “Art of the Trio” variety in the Jazz idiom; in which telepathic group improvisation and lofty inspiration take the music straight to the top of human gratification hubs. This is definitely some of the finest music that landed on my player this year, full of immense aesthetic pleasure as well as intellectual contentment. Way to go!” 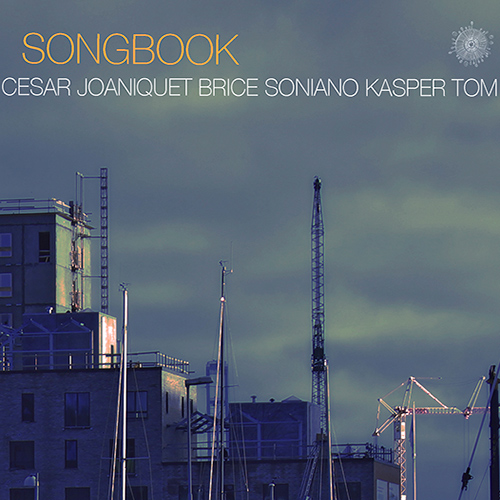 5. Someone to Watch Over Me

‘…Commencing with “Polka Dots and Moonbeams”, the trio play this song with a quaint, hushed elegance. So fine. You would think that it would be difficult to evoke that ancient, sad, universal feeling or vibe that Billie Holiday had at the center of all of her songs, but this trio do a beautiful job. The three originals also capture that spirit just right, I found myself humming along although I didn’t know the song they were
playing. Mr. Joaniquet has a rich, warm, buttery tone on tenor and sounds more like on those old school tenormen of long ago. This is one of the most laid back and exquisite discs I’ve heard in a long while. Hard to believe that such younger folks could pull this off but they really do.’ 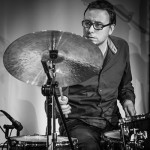 Kasper Tom, born 1981 in Svendborg, Denmark, belongs to the new generation of drummers who mix music from many genres and makes it his own. He gratuated from the Carl Nielsen Academy of Music and lived and worked in Berlin from 2007-2010. Since 2006 he has been leading his own bands focusing on modern composition and improvisation. Current bands include FUSK (Rudi Mahall, Philipp Gropper, Andreas Lang) Kasper Tom 5 (Tomasz Dabrowski, Rudi Mahall, Petter Hängsel, Jens Mikkel Madsen), WalsdorffMelbyeTom (Henrik Walsdorff, Adam Melbye) and Kasper Tom/Jacob Anderskov.

He released CDs on WhyPlayJazz, Barefoot Records, EFPI Records and Gateway Music, and has newly become a member of the acclaimed Copenhagen based label/collective Barefoot Records. Both as a drummer and as a composer Kasper Tom has a distinct musical identity and a personal sound, which makes him one of the interesting young jazz musicians on todays European scene. Other collaborators count: Johannes Bauer,Tobias Delius, Alexander von Schlippenbach, Axel Dörner, Kasper Tranberg, Marek Kadziela, Richard Andersson and Tomasz Licak.

“Danish drummer Kasper Tom Christiansen is one of the most interesting composers in the vibrant Danish jazz scene. As many other like-minded composers in this scene, he does not bind himself to the jazz legacy. His distinct musical personality references elements of contemporary music, and free improvisation. His compositions often bend catchy melodies into complex structures, while playing with seriousness. He challenges with odd segments and constantly attempts to push the boundaries without forgetting formative legacies. Impressive performances of demanding and challenging compositions.” – All About Jazz 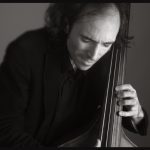 Brice loves to involve himself in musics from different times and cultures. He has been a soloist with the Orchestre de Montpellier for the creation of Mathis Nitshke opera’ Jetzt , and has traveled to the equatorial rain forest of Cameroon to live with a population of Baka pygmies. Brice plays with musicians such as Joachim Badenhorst, Nelson Veras, Ben Sluijs, Christian Mendoza, Lionel Malric, Lionel Beuvens, Levent Yildirim… 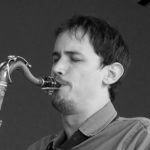 Cesar Joaniquet (Barcelona 1988) is emerging as an important new voice in the improvised music scene. He performs all around Scandinavian countries and Spain in various settings and formations. Rooted in the jazz tradition, he creates music that is informed by a multitude of contemporary influences resulting in a sound that is lyrical, at times orchestral, but above all current.
Most recently, in 2018 Cesar wrote two works for the Aarhus Jazz Orchestra: one also with choir and church organ which was premiered in Aarhus Cathedral and a work entitled “Sketches of Barcelona” which was played at a Denmark tour during Vinterjazz 2018 in collaboration with the Catalan multi-instrumentalist and jazz-super-star Jorge Rossy (Brad Mehldau Trio, The Bloom Daddies, among others)
Jorge Rossi tells the press: “Cesar has a very beautiful, melodic sound. After living abroad for a number of years and touring around, I returned to Barcelona. In the meantime, I had lost a lot of contact with the jazz life in the city. But Cesar was there. And I immediately noticed that he had something special. He reminded me of that time I was young, and about the young musicians I played with”.